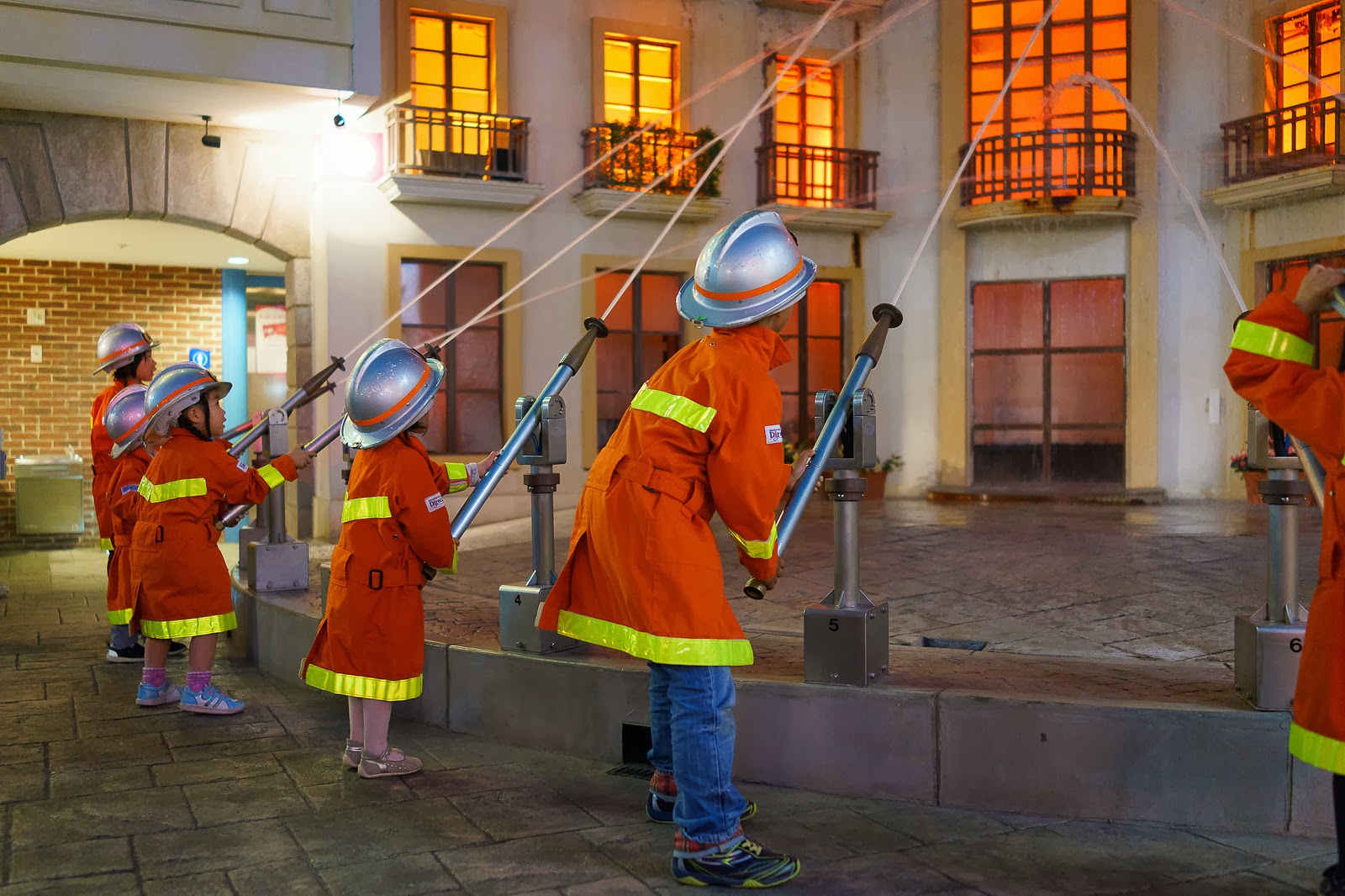 10. KidZania
Country of origin: Mexico
Why we love it: Seeing kids freak out about their paycheck seems only fair.
Why its logo is easier to remember than where the last Winter Olympics were held: If you feel your children are a little behind on the concept of capitalism, it might be worth a visit to KidZania.
Each KidZania entertainment center is a kid-sized replica of a city. On entrance, children get Kidzos, a currency they can use to purchase goods, services and play opportunities.
When they run out, they can earn more by "working" at branded activities, such as making food at McDonald's, bottling Coca-Cola or piloting an Air Asia plane.
Kiddie corner: Since opening in 1999, 25 million visitors have come to KidZania's 11 worldwide locations. 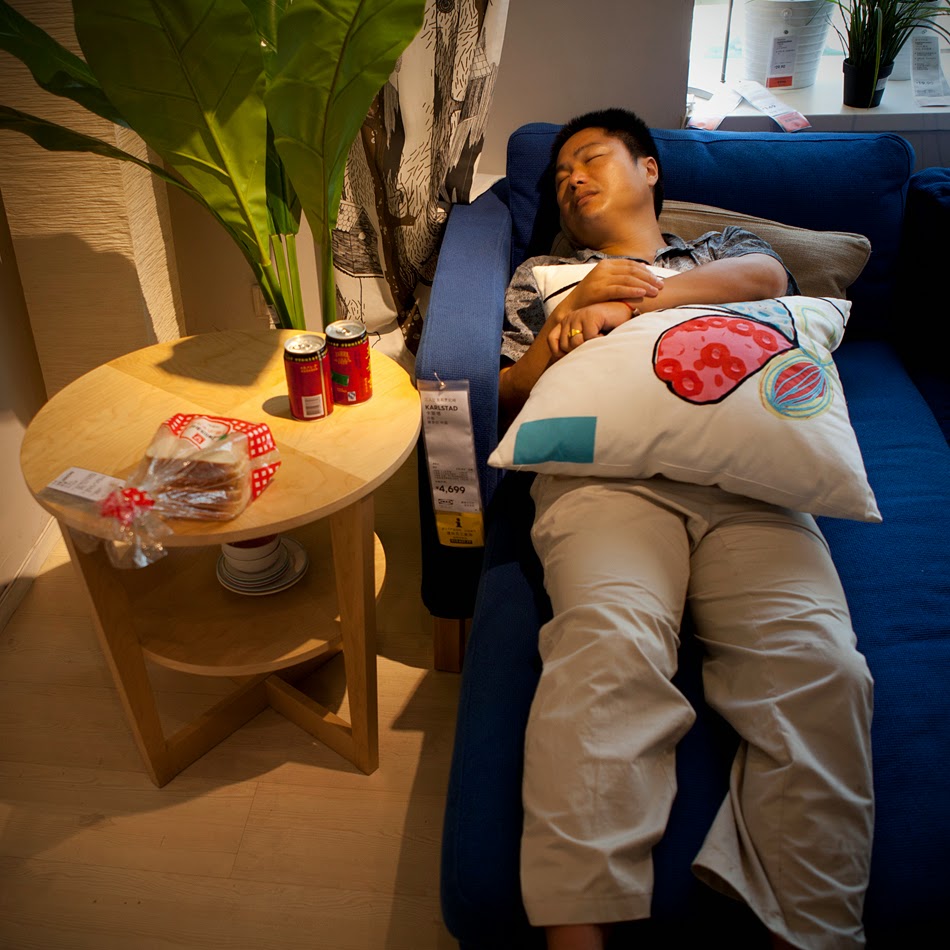 9. IKEA
Country of origin: Sweden
Why we love it: Convenient alternative to ABBA when in need of an easy Sweden reference/joke.
Why its logo is easier to remember than the names of the members of ABBA: In 1958, Ingvar Kamprad opened his first IKEA store in Sweden and revolutionized the world of home decor with inexpensive, flat-pack, assemble-it-yourself, why-are-there-two-extra-screws furniture.
While the company has broadened its horizons to inexpensive meatballs, furniture remains its major focus.
Why is IKEA on a list of chains for travelers? See the gallery above.
Forest fact: The company uses 1% of the world's wood supply each year. 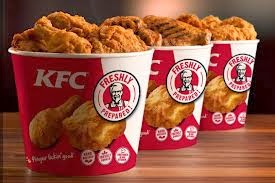 8. KFC
Country of origin: United States
Why we love it: The bucket -- social, reliable, easy to carry. Doubles as impromptu guitar-shredder hat.
Why its logo is easier to remember than the names of people you just met: Back in 1952, when Harland Sanders started selling his fried chicken recipe with its 11 secret spices (salt and pepper are two of them) to his first franchises, he probably didn't think more than 50 years later his company would be most successful far from the American South.
Yum! Brands, the parent company of KFC and Pizza Hut, currently holds 39% of China's fast-food industry.
Provenance problem: The very first Kentucky Fried Chicken franchise opened in Utah, four states away from Kentucky. 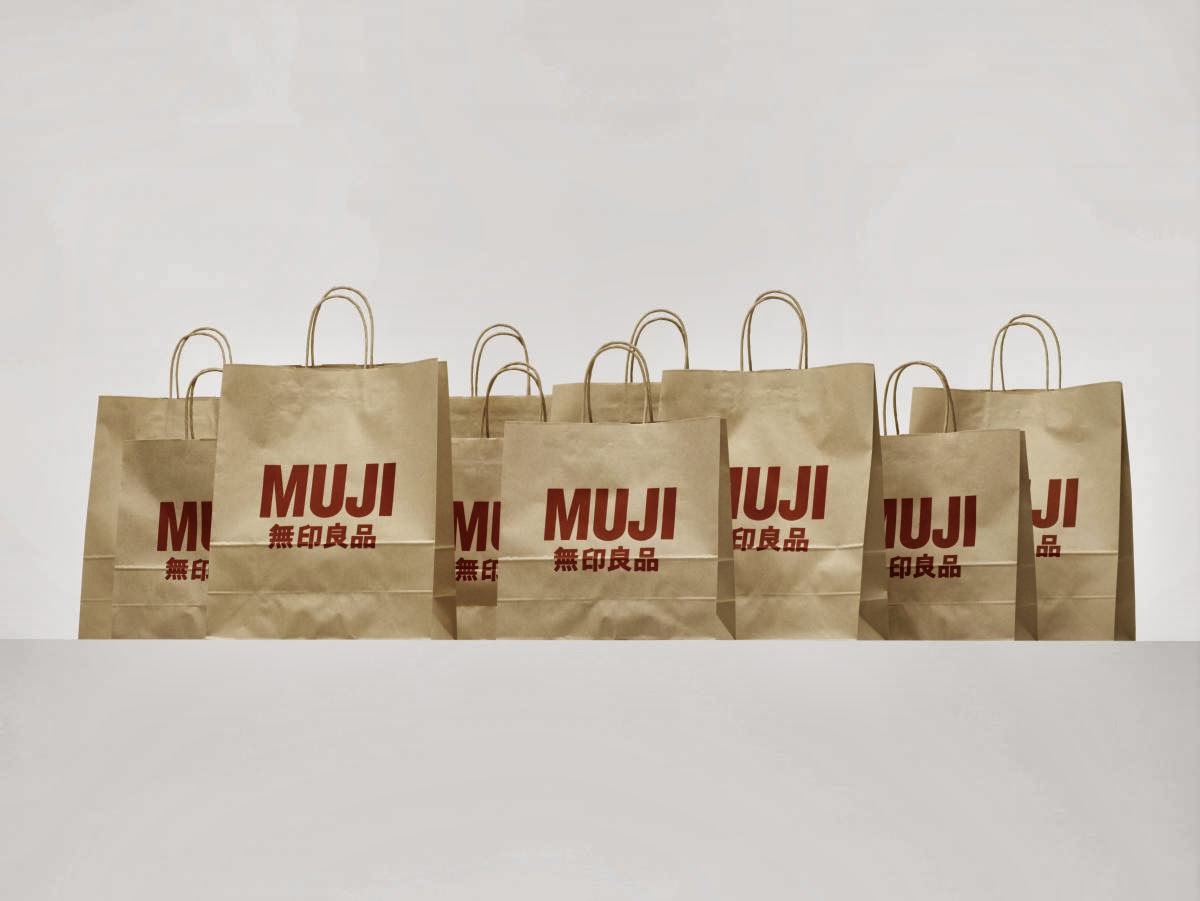 7. Muji
Country of origin: Japan
Why we love it: The clean design, functionality, cleanliness and hyper-tissue packaging of Tokyo, without having to go to Tokyo.
Why its logo is easier to remember than the number of the flight you're on when filling out the immigration form: The first two Japanese characters on Muji labels mean "without" and "brand."
Muji, a retailer of minimalist furniture, housewares and clothing, has turned "no brand" into an ingenious piece of branding.
Focusing on simple, unadorned design, Muji offers neck pillows and lots of other products for travelers at its 205 outlets in 32 countries.
Auto reflex: In 2001, Muji collaborated on a car with Nissan. True to form, there were no identifying badges and it was only available in white. 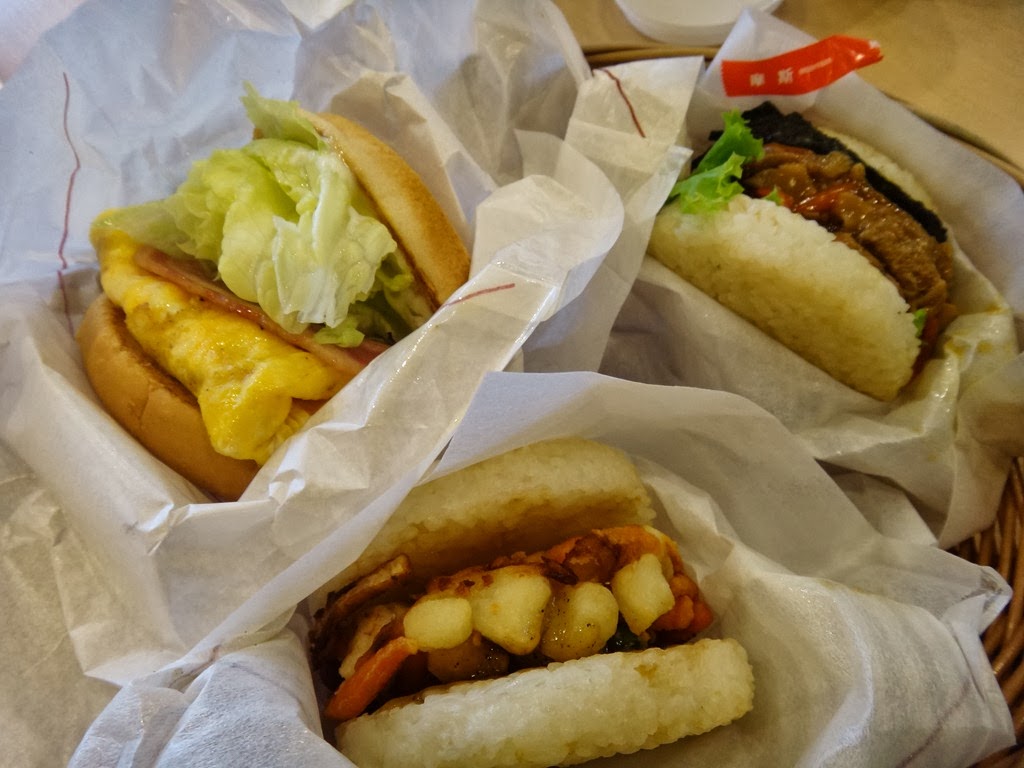 6. MOS Burger
Country of origin: Japan
Why we love it: After Spotted Dick, the most amusing name of a foreign food product out there.
Why its logo is easier to remember than the name of Japan's prime minister: The second-largest fast food franchise in Japan behind McDonald's, MOS Burger decided to offer a burger that was twice as expensive as anything else on the menu. So in 2003, the limited-edition Takumi burger was introduced, an item available only at select locations, it comes with a business card signed by the chef who prepared it.
MOS Burger opened its first store in 1972 and now has 1,749 locations in nine countries.
Burger trivia: MOS rice burgers feature a "bun" of rice mixed with millet and barley. 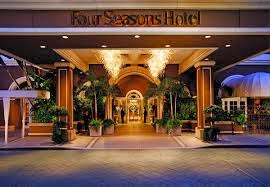 5. Four Seasons Hotels and Resorts
Country of origin: Canada
Why we love it: Riffraff-proof.
Why its logo is easier to remember than your mothers' birthday. Wait, did we do that one already? If you were looking for a discount at your room at the Four Seasons, all you need to know is that the hotel is now owned primarily by two billionaires, Prince Alwaleed bin Talal of Saudi Arabia and Bill Gates.
We can safely assume they're not handing out coupons.
One of the premier luxury hotel chains, there are more than 89 properties around the globe.
50 = 10 million: To celebrate its 50th birthday in 2010, Four Seasons began an initiative to plant 10 million trees around the world. 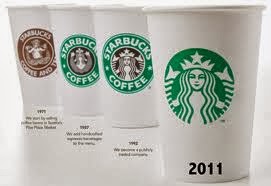 4. Starbucks
Country of origin: United States
Why we love it: Transformed a drink that could be purchased with pocket change into a product worth almost four dollars.
Why its logo is easier to remember than your passport number:
Starbucks has introduced its polished take on coffeehouse culture around the world with 20,891 stores in 62 countries.
Bean a while: The first Starbucks location opened in 1971 as a coffee bean roaster and didn't sell drinks until years later. 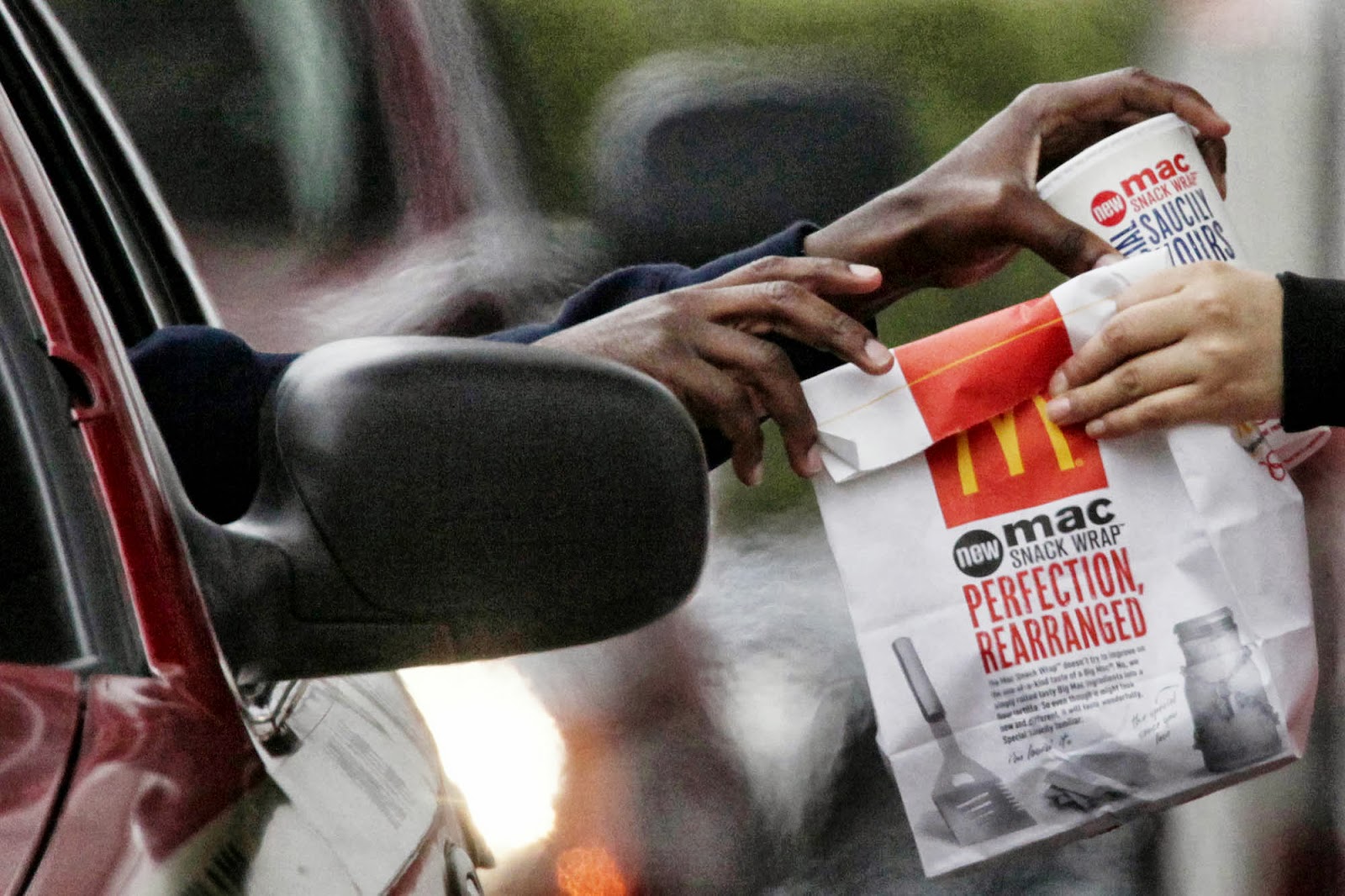 3. McDonald's
Country of origin: United States
Why we love it: Despite paranoia, we've yet to be accosted by employees when we drop in just to use the toilet.
Why its logo is easier to remember than all the damn user names, passwords, PINs and security codes they keep forcing us to create: With 34,000 locations in 118 countries, McDonald's is the poster clown for globalization.
As the company that added the word "fast" to food and "Mc" to about everything else, McDonald's adapted quickly.
What started as a place to get an All-American burger and fries, now offers customers the chance to get a Bulgogi burger in South Korea, a Kiwiburger in New Zealand that includes egg and beetroot and a meatless McSpicy Paneer burger in India.
Toy-tastic: Thanks to the plastic playthings found in Happy Meals, McDonald's is the largest distributor of toys in the world. 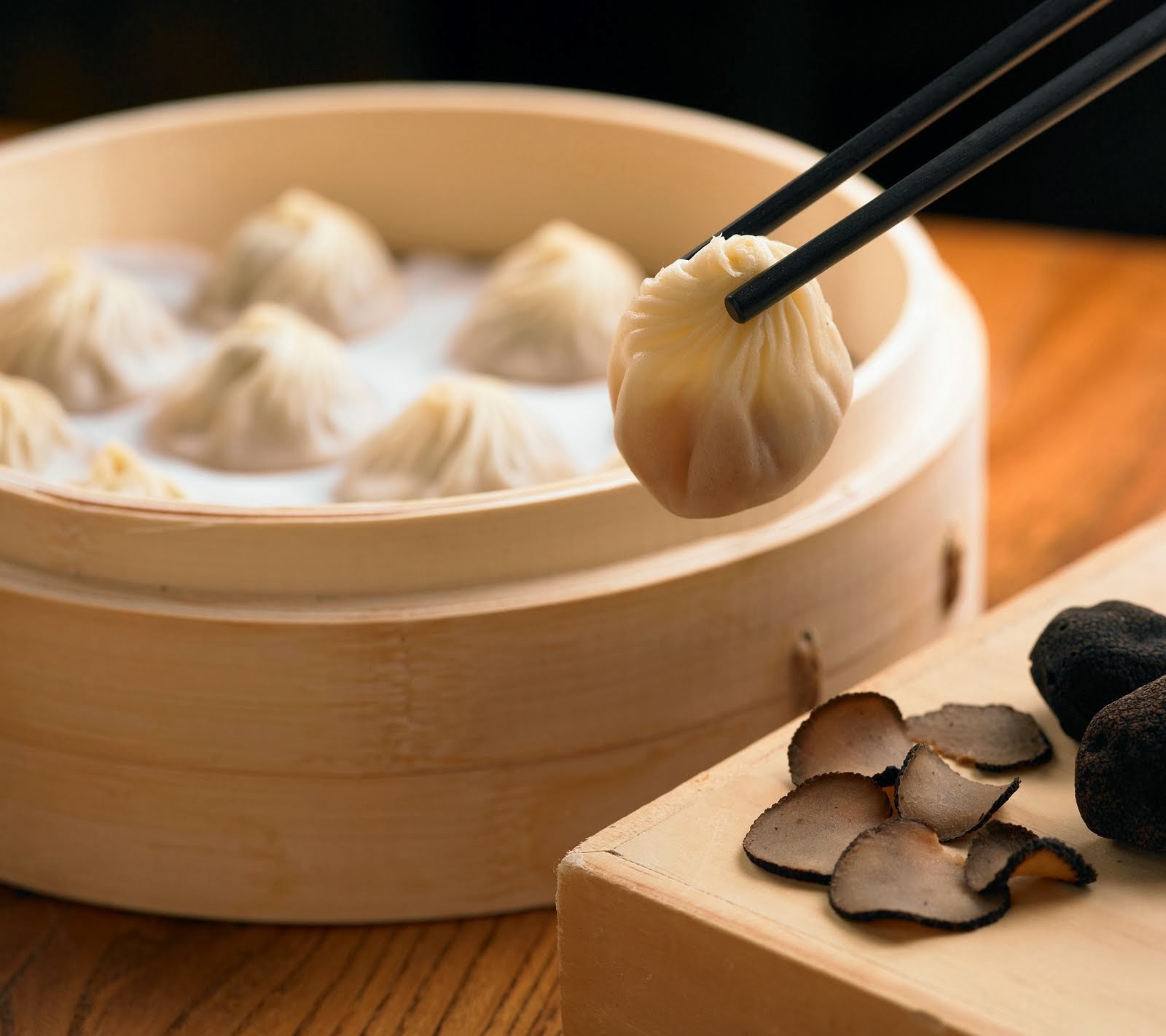 2. Din Tai Fung
Country of origin: Taiwan
Why we love it: Transparent dumpling skin allows easy assessment of filling.
Why its logo is easier to remember than what you had for lunch yesterday: Proving that oil doesn't always lead to an abundance of riches, Din Tai Fung started as a cooking oils store that didn't find true success until half the store was converted to the production of xiaolongbao (small steamed buns) in 1972.
With more than 70 restaurants in 11 countries and customers complaining about hour-long waits at most of them, Din Tai Fung has taken something simple and turned it sublime.
Quality fact: The restaurant's two Hong Kong locations have each received one Michelin star.
More: Ultimate guide to Chinese dumplings 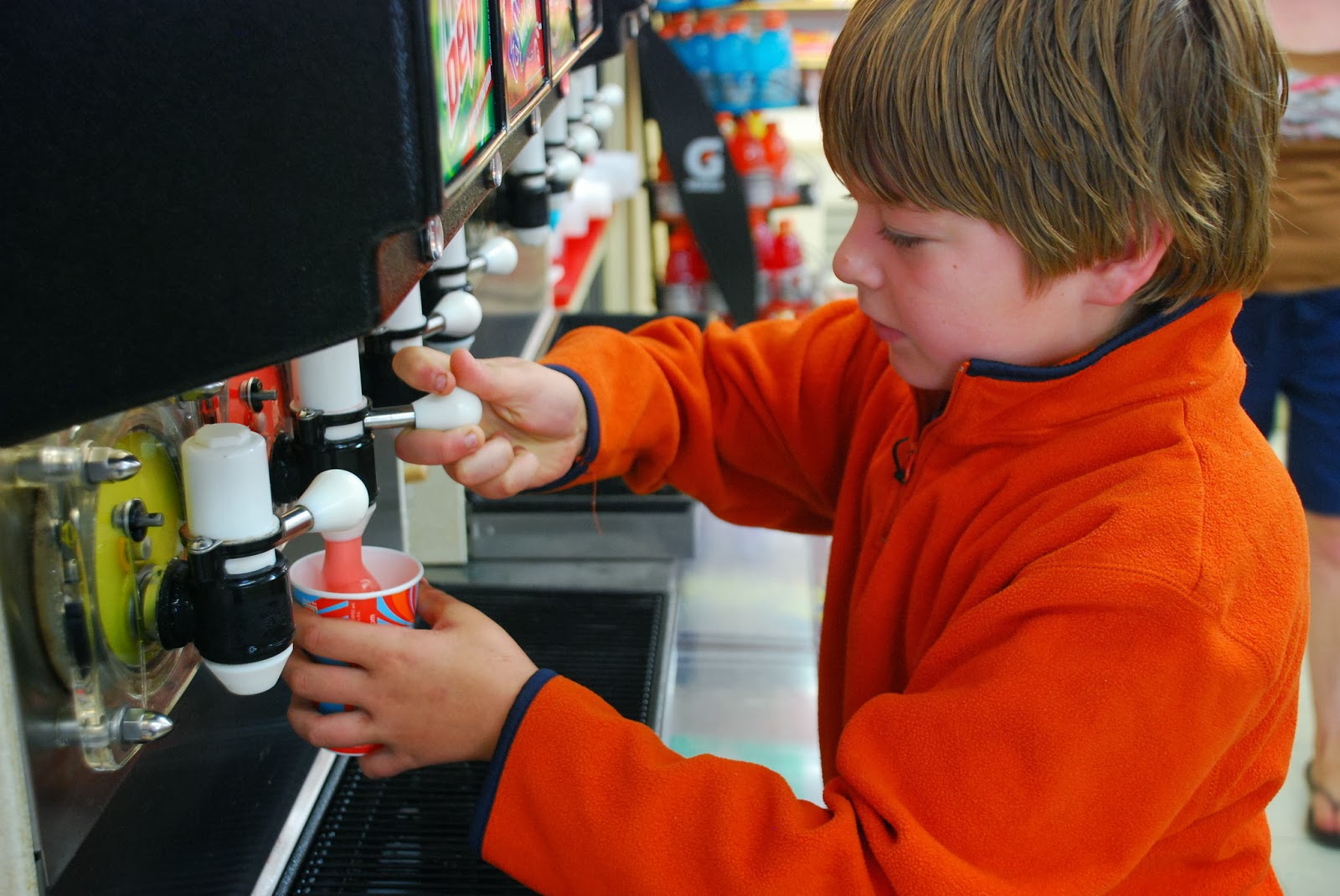 1. 7-Eleven
Country of origin: United States
Why we love it: If you can't find one, walk around the corner. There are probably two of them there.
Why its logo is easier to remember than the chain of events that brought you here at 3 a.m: Founded in a Dallas icehouse in 1927, 7-Eleven first gained success by offering "convenience" items such as milk, bread and eggs.
In recent years, the company's 7,700 U.S. locations have been pioneers in the field of over-sizing sodas, starting with the 30-ounce Big Gulp and moving on to the Super Big Gulp and Double Gulp.
However, the company's true success can be best found at 7-Eleven's 15,831 more upscale Japan locations that include 2,075 stores in Tokyo alone.
Naming legacy: While the company's stores are open 24 hours, the name 7-Eleven came from the store's one-time hours of operation.