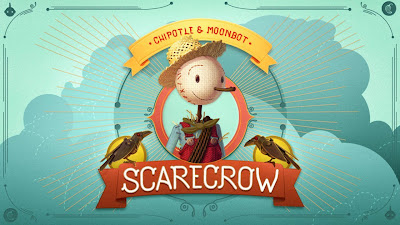 In a dystopian fantasy world, all food production is controlled by fictional industrial giant Crow Foods. Scarecrows have been displaced from their traditional role of protecting food, and are now servants to the crows and their evil plans to dominate the food system. Dreaming of something better, a lone scarecrow sets out to provide an alternative to the unsustainable processed food from the factory. 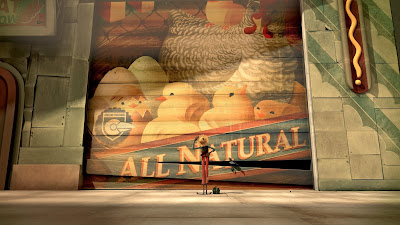 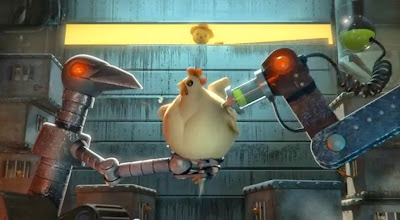 “The Scarecrow” game was launched by Chipotle Mexican Grill for iPhone, iPad and Ipod Touch. The film was created by Academy Award®–winning Moonbot Studios and is set to a remake of the song “Pure Imagination” from the 1971 film classic “Willy Wonka and the Chocolate Factory.” Beautifully performed by Grammy Award®–winning artist Fiona Apple, the song is available for download on iTunes.

Video: The Scarecrow - Behind the Scenes