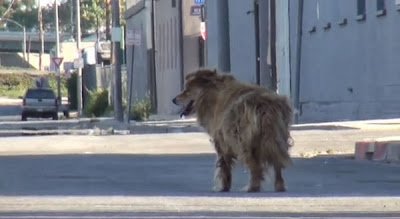 Patrick Pittenger, a resident of Los Angeles saw the stray dog he'd been feeding for the past month showed on Google Street View. He'd been tempted to adopt the dog and he think is time to actions. He called Hope For Paws, the rescue organization made the dog into the star of a viral video.  Finally, they success persuade the dog go back with them and then named her Sonya. 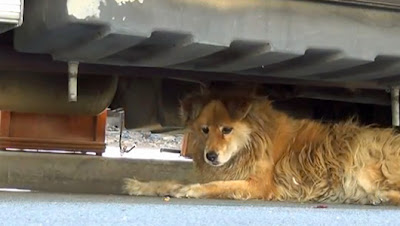 Hope For Paws took Sonya to the groomer, and once she was washed and shaved, they discovered that she was in worse shape than they thought. The stray dog had tumors, ingrown claws and broken teeth that required surgery. She also suffered from arthritis and had bone spurs in her back. She now gets acupuncture to ease the pain. 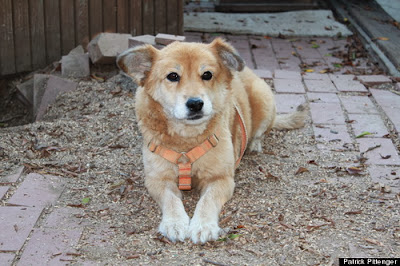 Sonya is now living with Pittenger's mother, but her stay won’t be temporary — she and her foster mom have both grown too attached.