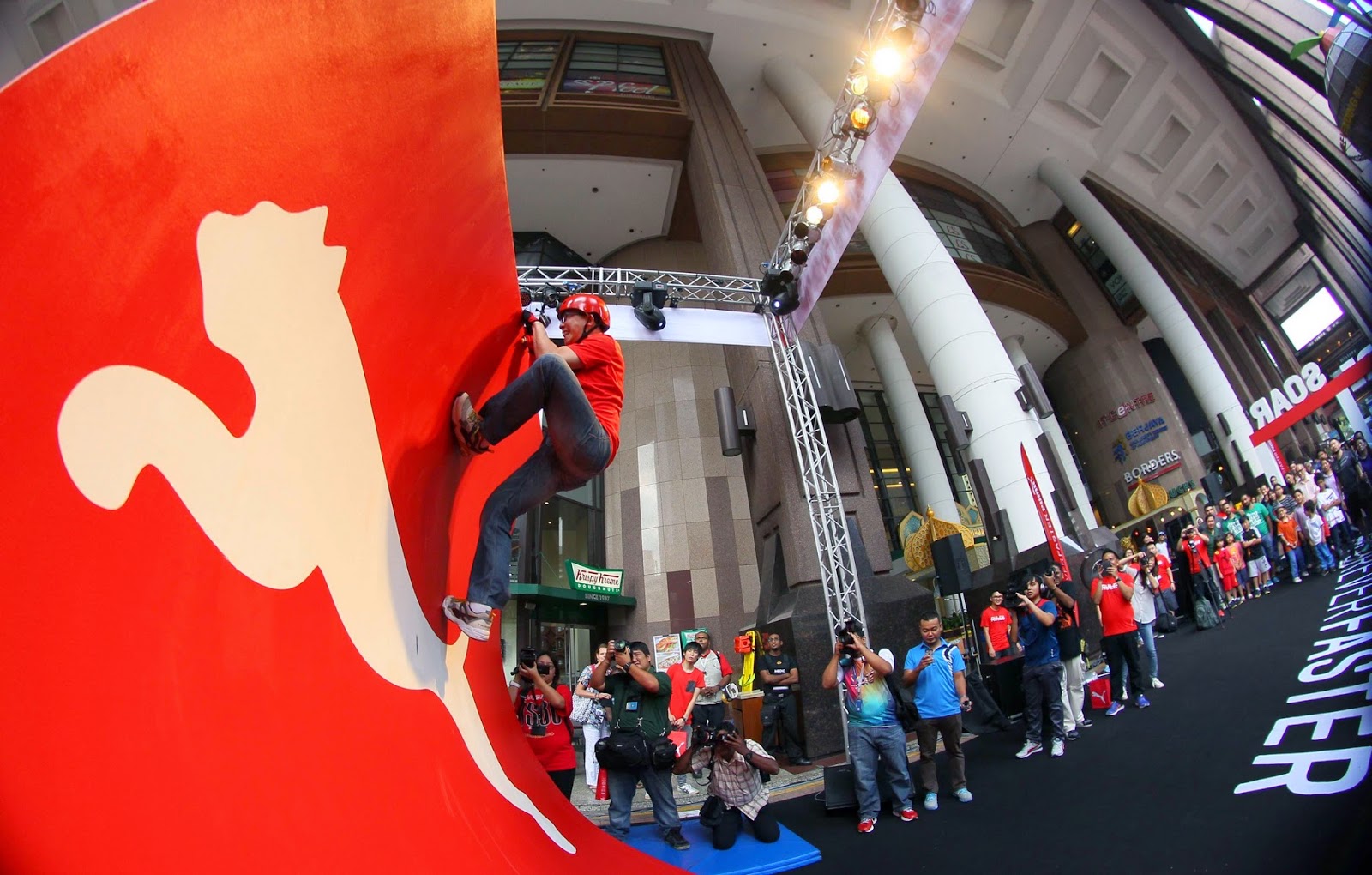 After much talk and hype all over the Internet, PUMA has formally launched its new global brand platform, Forever Faster locally, in Berjaya Times Square. At the launch, the public were challenged to overcome the ‘The Red Wall’, a three-metre high vertical wall that is so imposing; it was one of the barriers where contestants of ‘American Ninja Warrior’ fail to pass. The idea behind the wall aims to highlight the values that make up Forever Faster, which comprise of brave, determined, joyful and confident. With the mission to become the Fastest Sport Brand in the World, Forever Faster is targeted to a selective group called, ‘Gamechangers’ who are active progressive athletes aged 16-24. The platform will be driven through a comprehensive global multi-media marketing campaign that includes a TVC spot, featuring some of the World’s finest sporting personalities. 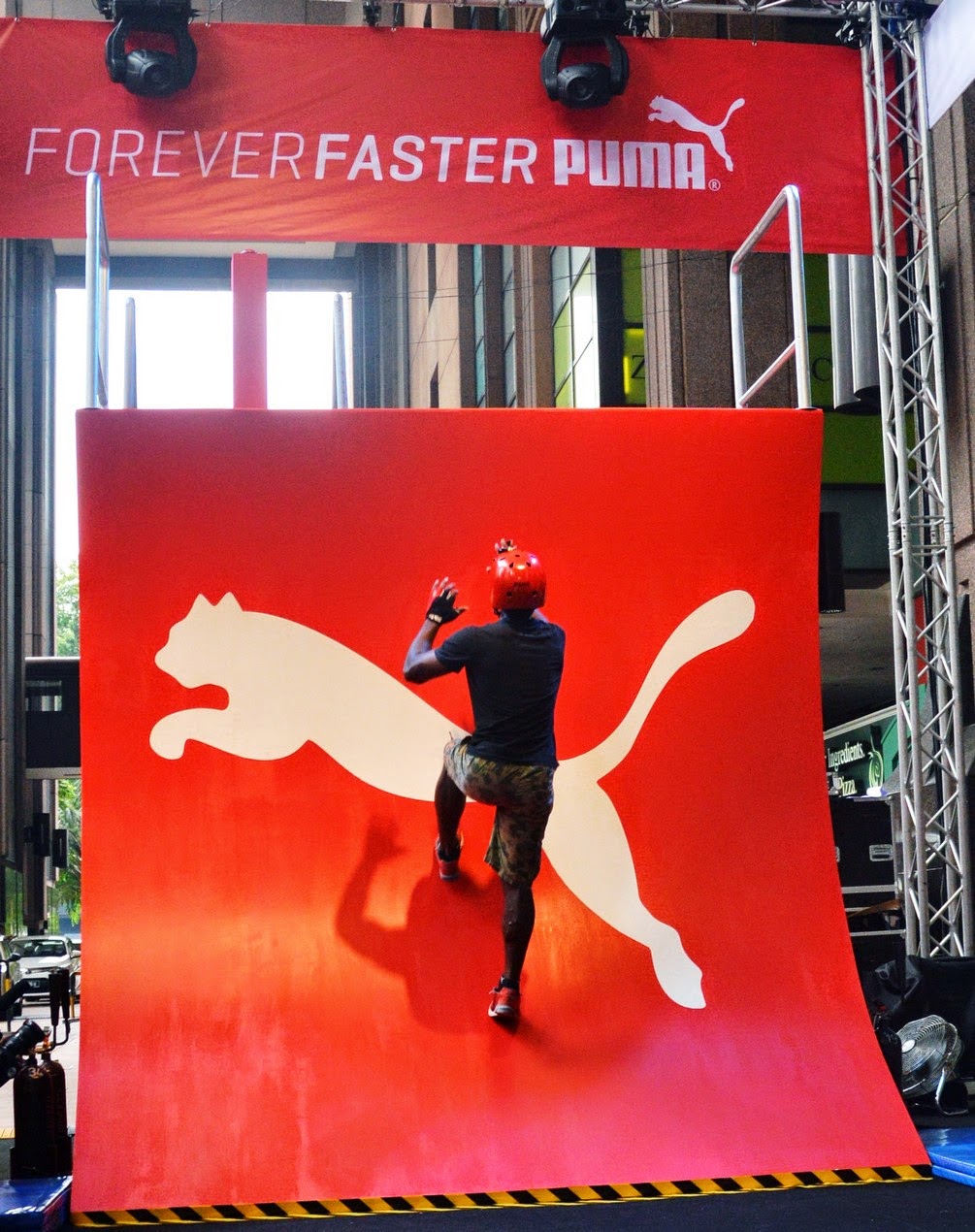 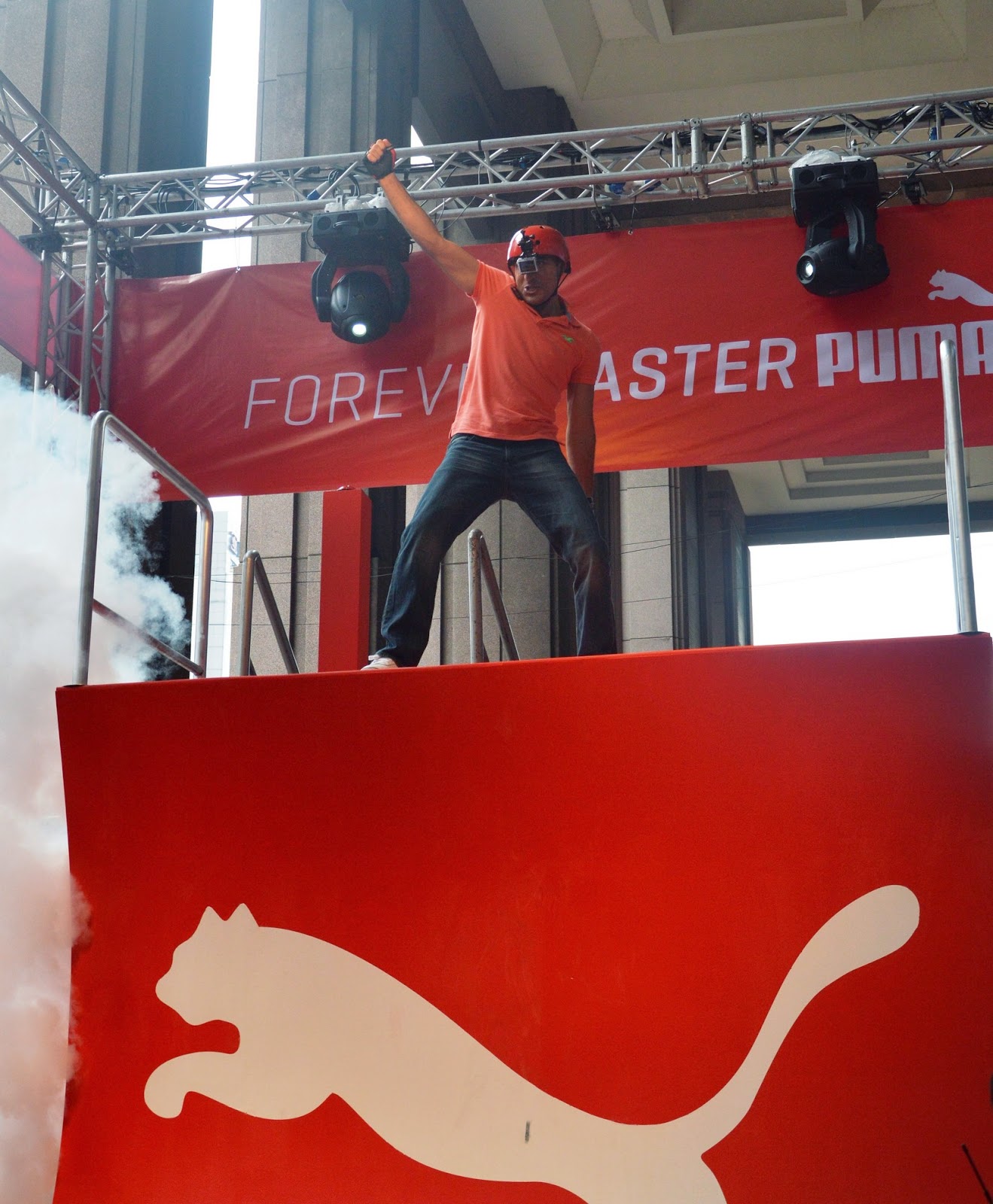 Forever Faster embraces the thrill of being first, the swagger of being the best, and the fun of being able to adapt; but it is also an ethos that goes beyond the boundaries of a marketing campaign.  It signifies the desire to quickly identify product designs and innovation, trends and style and bring them into the marketplace in a more dynamic manner.  As well as a brand platform, Forever Faster is also a company mentality. 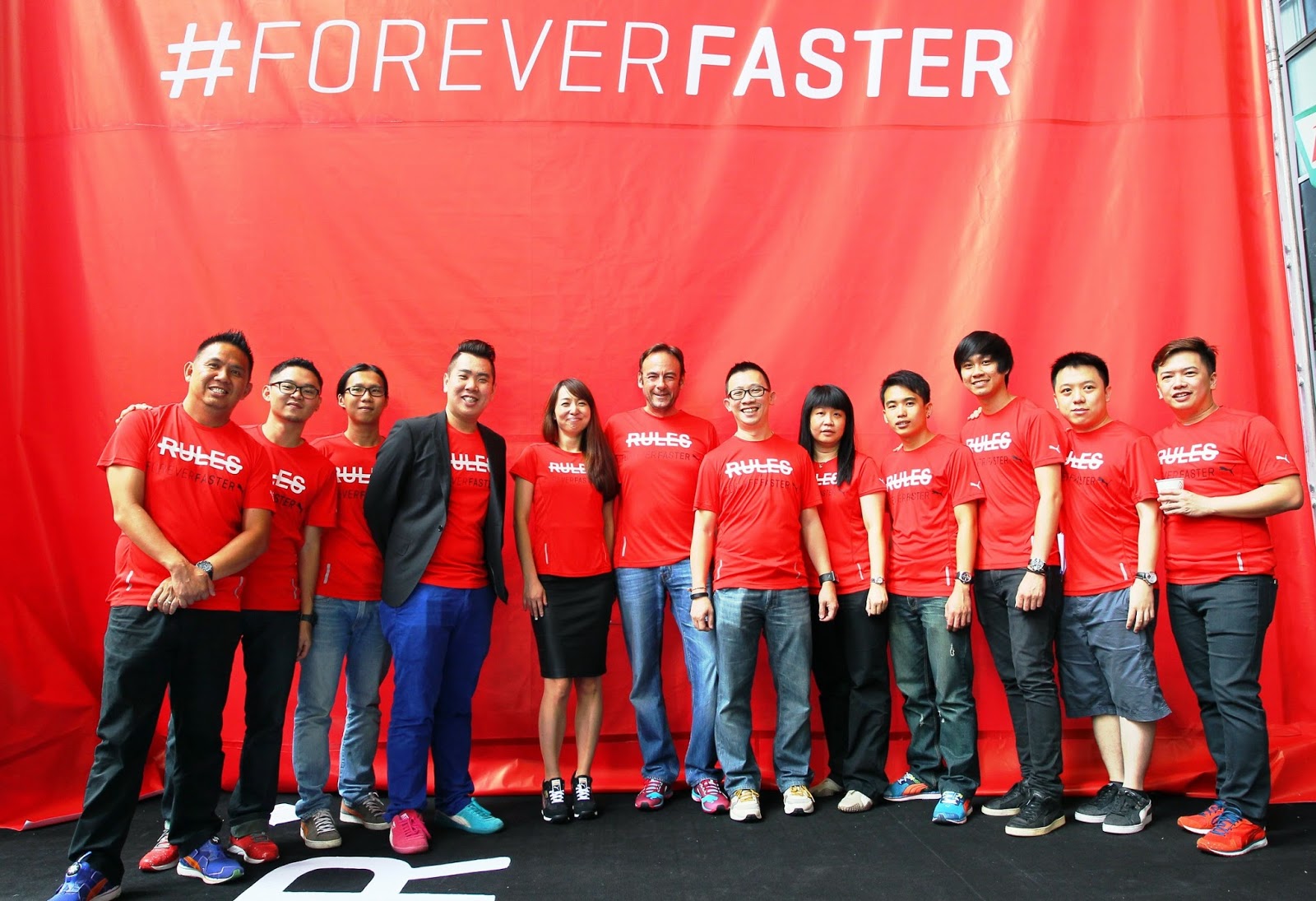 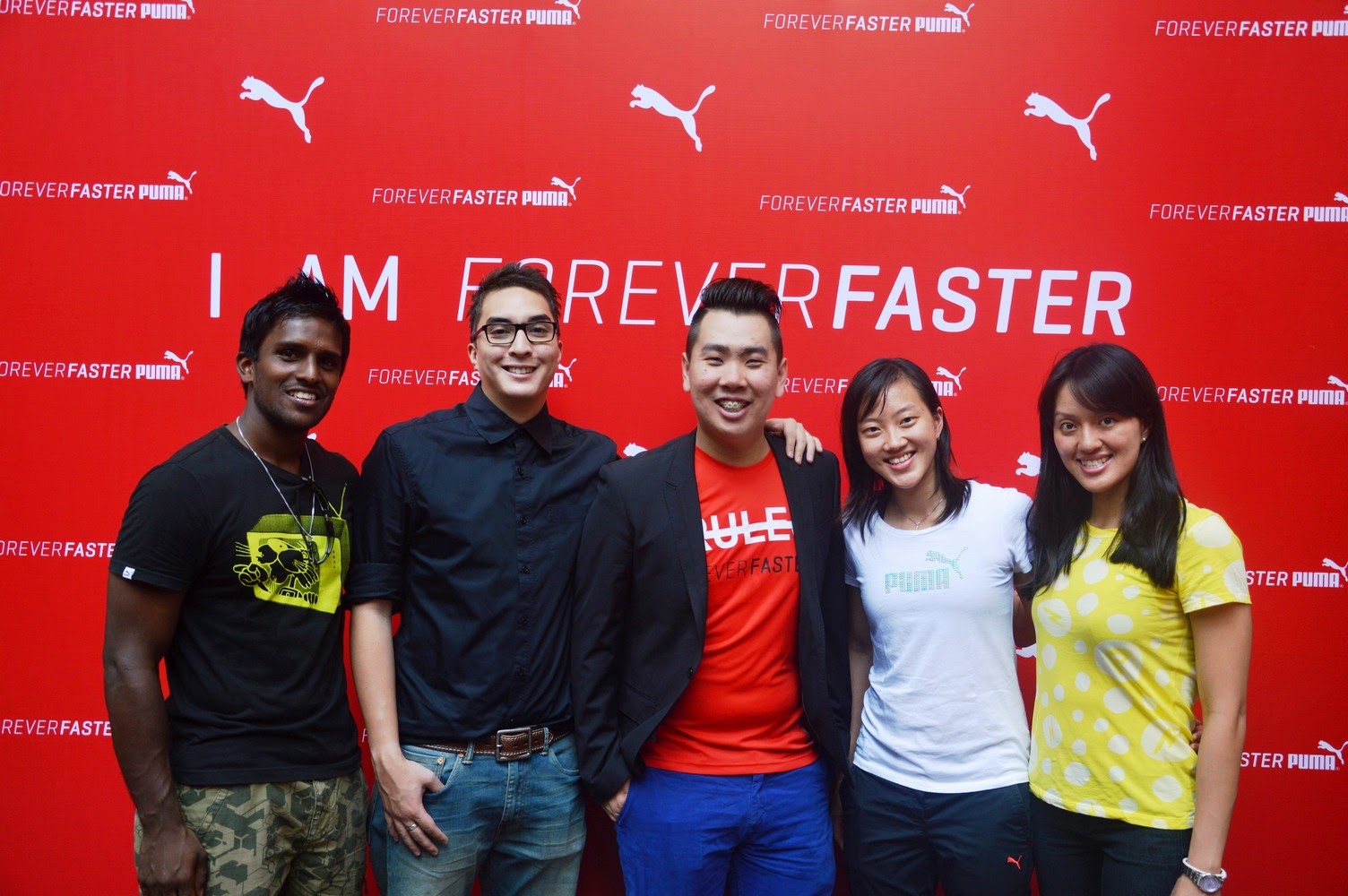 In the coming months, the public can expect various activities as well as products themed around Forever Faster, with Mobium Elite Speed and Night Cat training mini-pods confirmed to be introduced in Malaysia late August. Also on the cards will be the PUMA Night Run, which will take place on 25 October 2014, with registrations opening on 8 August 2014.