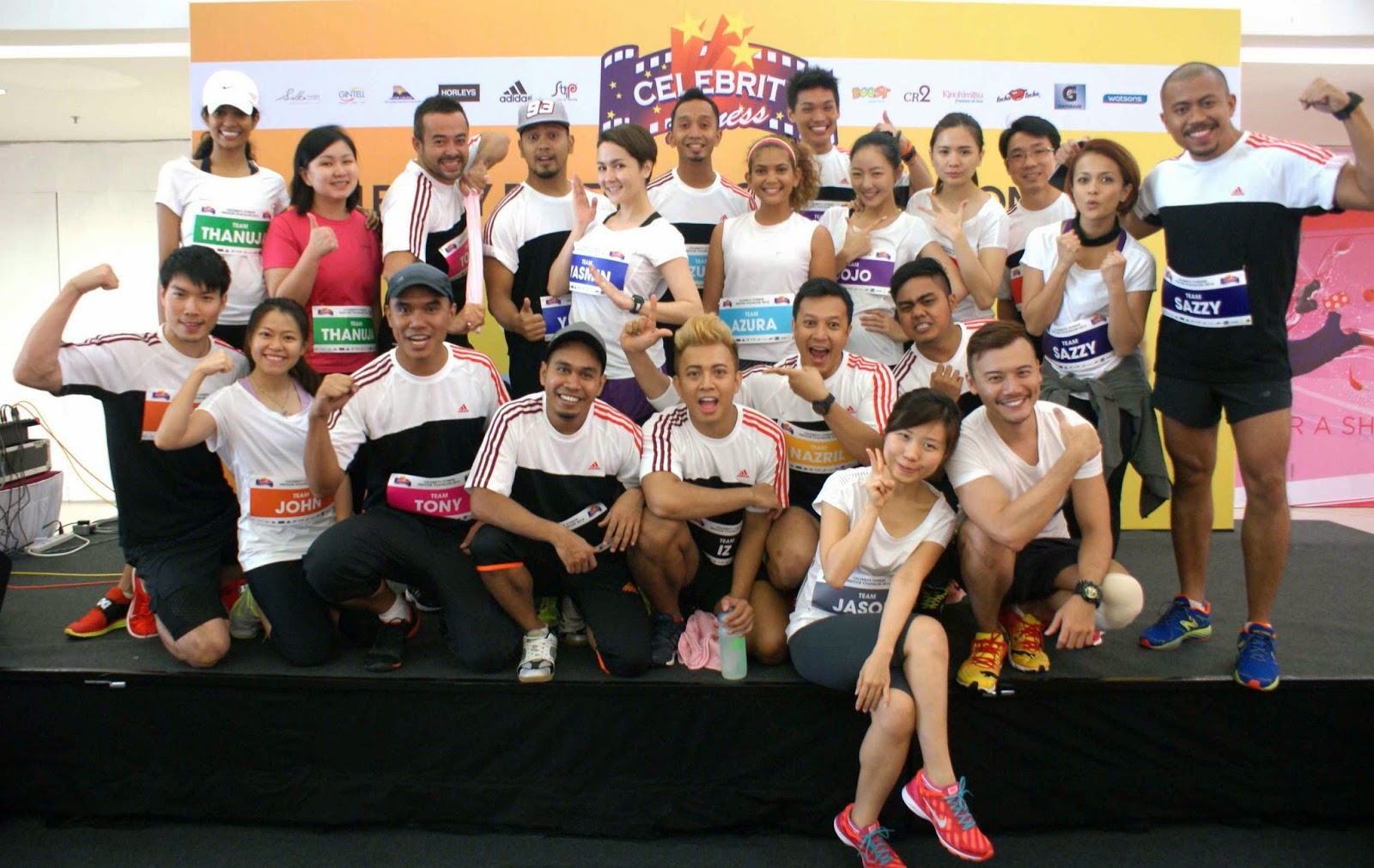 It was an intense battle with riotous cheers echoing throughout the Cheras Sentral Shopping Mall Concourse recently. Eleven participants, each with a celebrity partner, pushed their fitness to the utmost limits. The goal was simple - to be the champion of the inaugural Celebrity Fitness Indoor Fitathlon, which offered prizes worth more than RM 38, 000 as a reward to deserving winners. 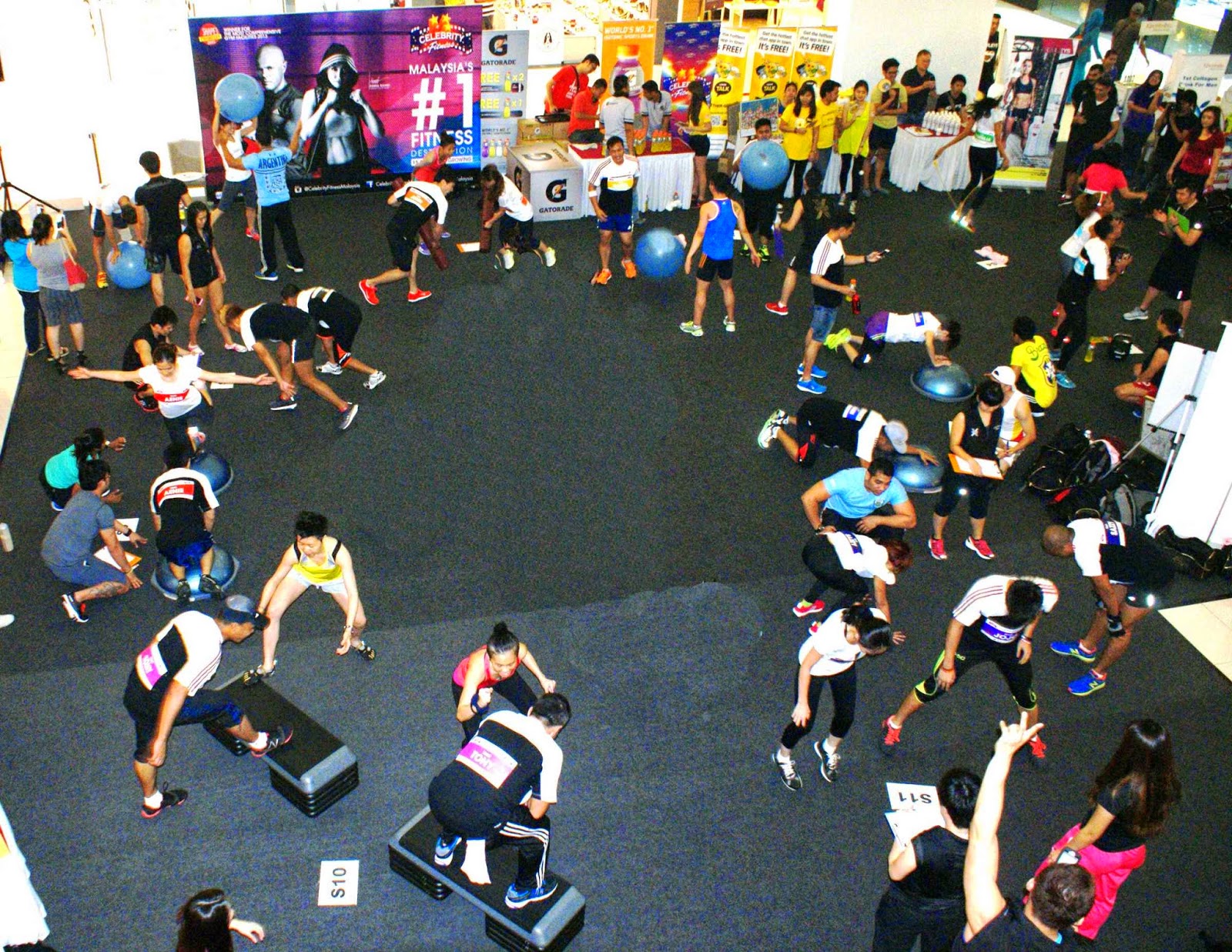 During the competition, all 11 pairs were put through three stages in the competition. In the first stage, each pair had to complete 11 High Intensity Interval Training (HIIT) challenges which included the Kettlebell squat, BOSU balance and Isometric Squat Hip Shake. The teams would then proceed to the Cardiovascular Conditioning stage, followed by the Core Conditioning stage where their stamina and body balance were put into test. 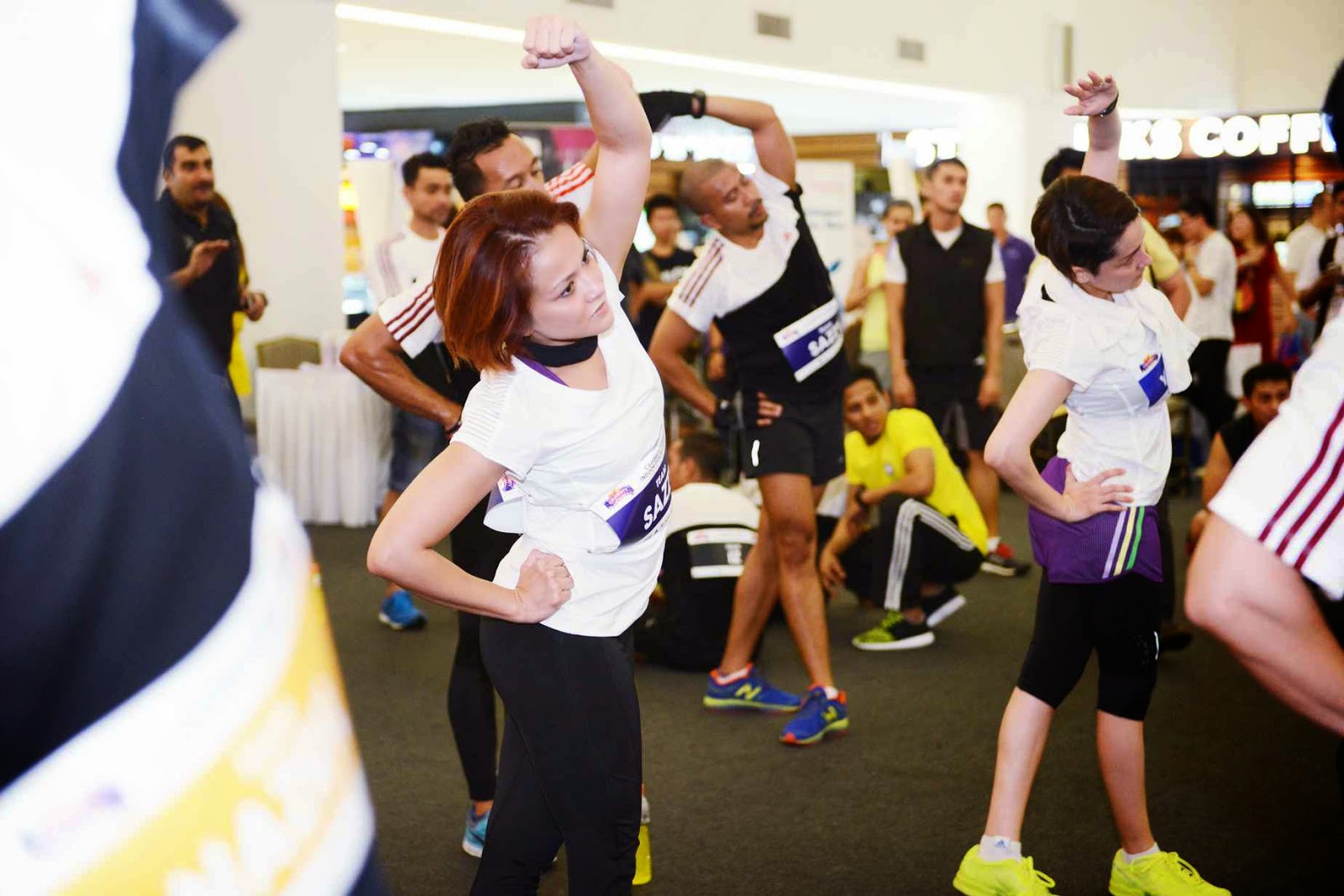 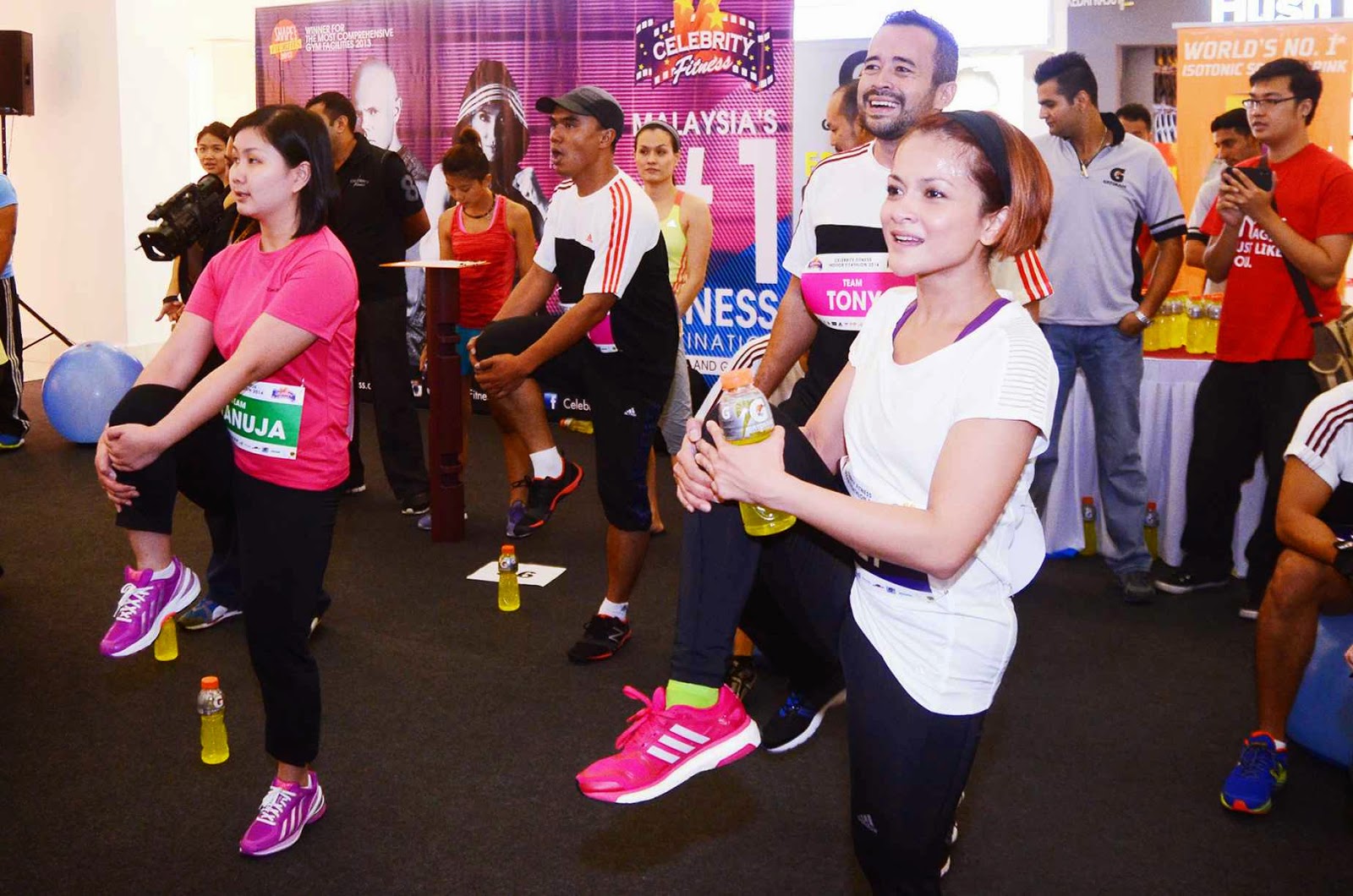 Participants had to complete two rounds of these stages within 30 minutes. The team that performed the most reps was crowned as the grand winner. All teams gave their very best. However, at the end of the day, only three teams stood out from the rest. 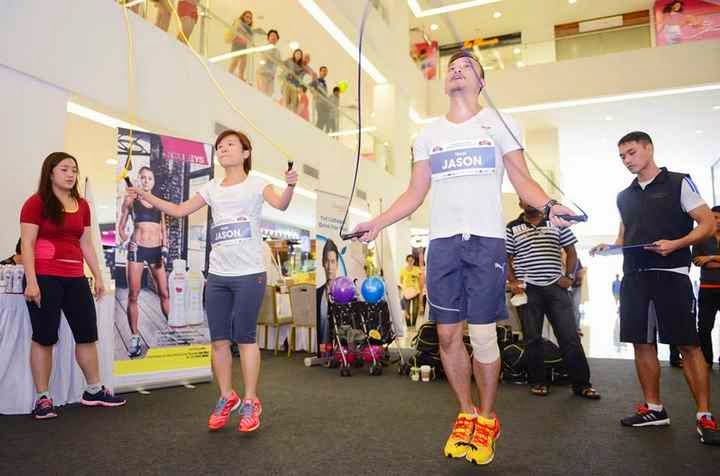 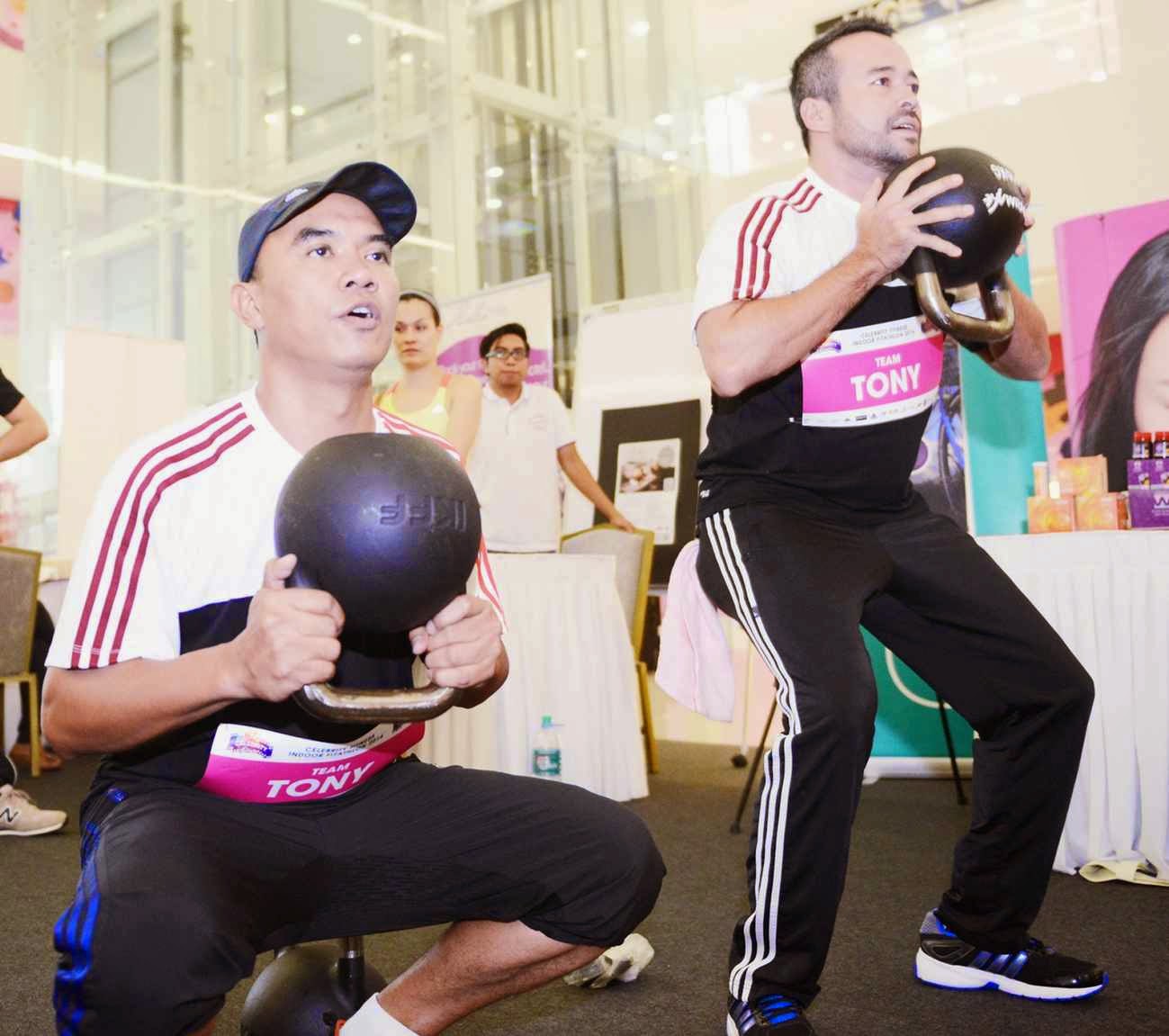 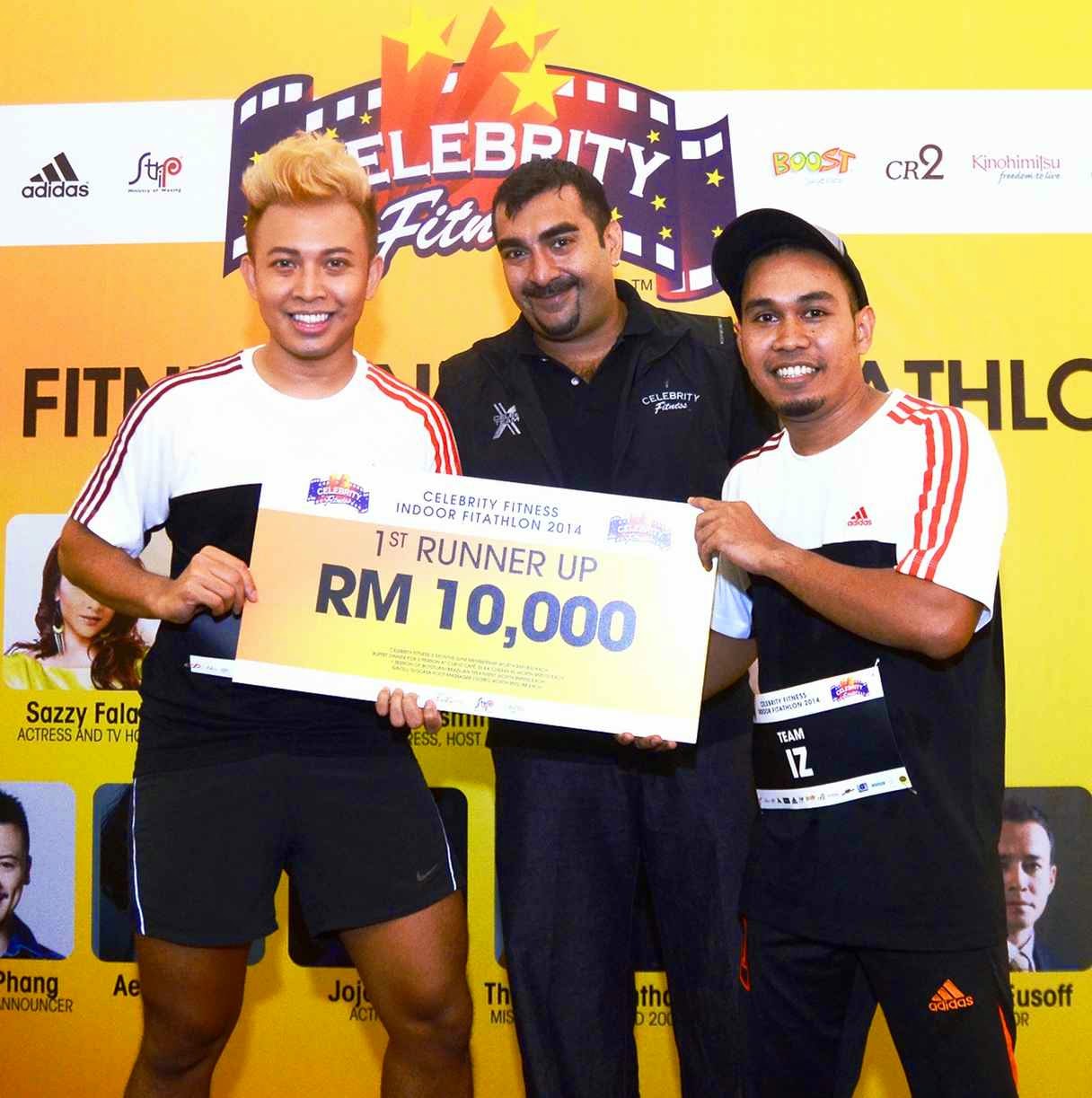